Like ice cream shops and burger joints, Italian restaurants abound in NE Ohio.  When Danny Boys opened in North Canton last year, I confess, I was far from excited to see yet another Italian restaurant popping up.  So they had probably been open for a few months before I finally got around to stopping in.  Fast forward one year to now, after many visits at different times of the day and night, Danny Boys has completely won me over, for many reasons including their vast menu of delicious Italian dishes.  Having read some rather harsh reviews online, I feel compelled to speak up for Danny Boys.  Not only has it become part of my lunch-time rotation, it’s just an all-around great place to meet, eat, and enjoy a carb-o-licious feast.  So if you’re trying to decide if it’s worth a visit, consider my top five reasons to love Danny Boys:

It’s one of the only places in town you’ll find Chicago-style stuffed pizza.  Is it as good as Giordano’s?  Of course not!  (We’re in Ohio.)  Just use some imagination and enjoy it.

Frank Sinatra in the speakers.  The atmosphere at Danny Boys is relaxed and casual.  Inside you’ll find a plethora of Frank Sinatra records and ‘rat-pack’ paraphernalia on the walls.  What is it about Sinatra’s voice that just puts you in a good mood?  Love it.

Cool outdoor patio and bar.  Danny Boys gets extra points for having one of the only patios in town that’s not connected visually to an asphalt parking lot.  Other than that, it’s really nothing special.  Oh, and don’t go on a Wednesday night because it’s ‘bike night’ at Quaker Steak & Lube next door, which is fun to watch, but obnoxiously loud. 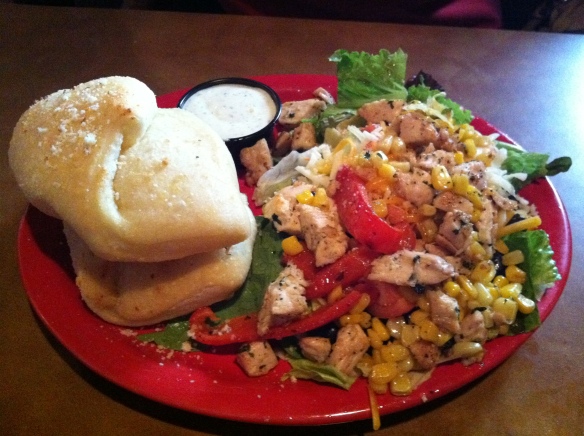 Mini-loaves of buttery bread served with absolutely everything.  Don’t even go into Danny Boys thinking you’re going to be healthy and order a salad, because surprise, two huge (irresistible) slabs of bread come with it, so you might as well have ordered the woogie melt instead.  And speaking of… 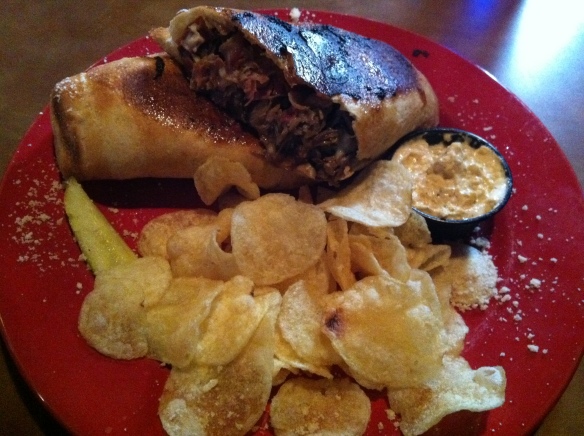 The Woogie Melts.  I know, the name is strange.  But as you can see above, a woogie melt is basically an oven-baked sandwich, but instead of using bread, they bundle the ingredients in pizza dough, glaze it with butter, and bake it until golden brown.  The one you see pictured above is the BBQ Beef Brisket Melt, which in addition to the brisket and sauce contains bacon, sauteed mushrooms, and a three-cheese blend.  This particular time, my melt came out rather dark on top, looking almost burnt.  But fear not; I’m not shy, and would have sent it back if it was remotely sub-par.  On the contrary, it was absolutely fantastic, and not at all overcooked.  Just a little blackened from the oven!  The Buffalo Chicken Melt with blue cheese is great too. You’ve got to try one, they’re ridiculously tasty, and there’s really nothing like it around.